Grand Paradiso, A hike at the heart of a national park

If one massif lives up to its name, it is this one. Grand Paradiso massif invites you to discover what nature has to give at every step. Landscape and nature are present in this wild hike. Walking in the Grand Paradiso national park means exploring Italy’s oldest natural reserve, its wildlife and its history.

A hike which can be done in several days, with the possibility to ascend the Grand Paradiso peak, one of the over 4000 m high peaks of the alps : discover a place where wonder awaits you at every turn.

Grand Paradiso, hiking inside the history of the Alps

Grand Paradiso National Park, located at the south of the italian city of Aosta, between the valley of the same name and Piedmont region, is a part of italian history.

In 1856, Victor-Emmanuel II, soon to be King of Italy (1861 to 1878), and at this time Duke of Savoy, creates a royal hunting reserve in Aosta valley to protect alpine ibex from extinction.

The Duke build mule tracks and marked trails to improve the walking conditions of the specialized guard put in place to protect the ibex and pull back the poachers. These paths are still in use nowadays for hiking.

In 1922, his Grandson, Victor Emmanuel III, accepts to give away lands of the royal reserve under one condition : the area has to become a national park.

Stones are settled, and this model will later be adapted to create the french vanoise national park located just the other side of the border, and paired with the Grand Paradiso national park.

Nowadays, the park has an important play in preserving ibex, as originally wished by Victor Emmanuel II.

Discover Wildlife in the Alps by hiking in Grand Paradiso

Talking about ibex, they will not be the only animal you’ll have the pleasure to see during your hike in Grand Paradiso !

Indeed, as a national park and natural reserve, the area is the preferred habitat of a lot of alpine species. Their protection, and reintroduction (which is one of the main challenge of the national park) are highly developed in the area. 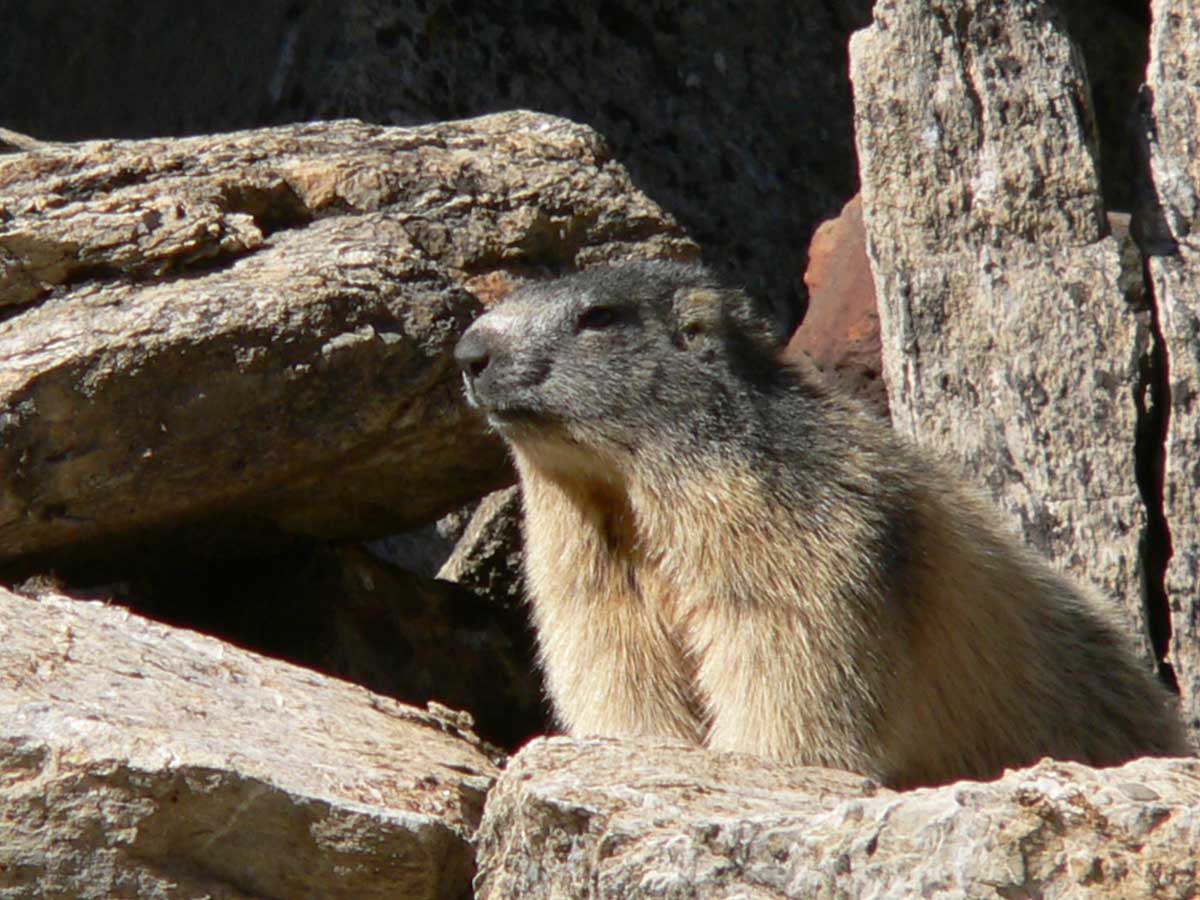 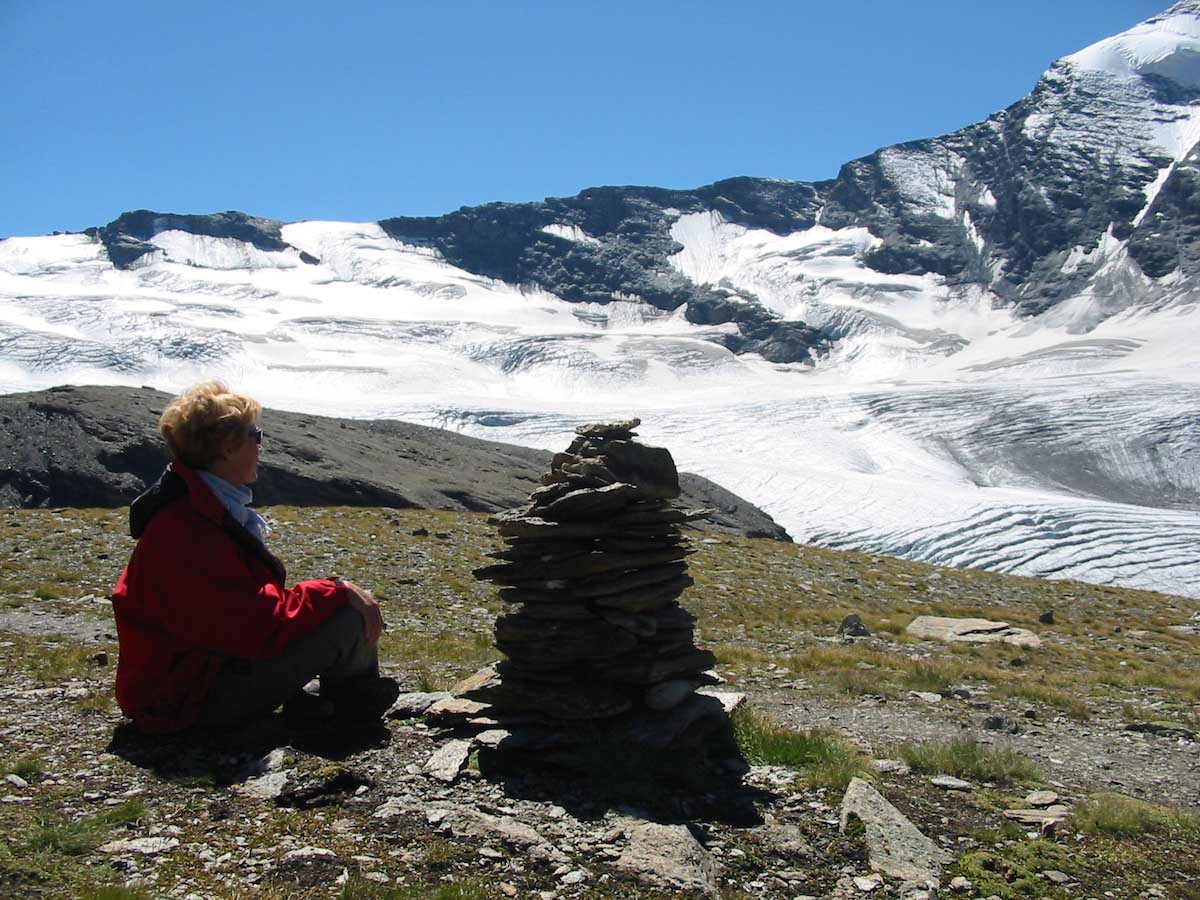 They also fit well the need of small carnivores like weasel, stoat, marten, badger and fox. This two last species will also like woods and forest, home of deer and wild boar.

Among the residents of the park, wolves and lynx can also be found, nonetheless they will be discreet during your hike. Be attentive to spot their tracks !

Animals are an added value of the park, many information about them are available for you to read during the hike.

Mammals are not the only residents of the Grand Paradiso national park, birds are numerous too :

There even are some iconic alpine bird species in the Grand Paradiso national park : blac grouse and rock ptarmigan which are very special and beautiful birds.

You will eventually meet during your hike some of the biggest prey birds of the alps : royal eagle (which nest only above an altitude of 1400m (4594 ft)) and the bearded vulture (vanished in 1912 from the area, and later reintroduce in the park)

The varieties of environments in the reserve (meadows, woods, cliffs) allows numerous species to feed and nest, thus increasing the population of some of the endangered species represented.

With an altitude of 4061m (13324 ft), Grand Paradiso peak is part of the “4000 club” of the alps (a group of peak above this altitude). It is also known to be one of the most accessible summit of more than 4000m in the alps. For this reason, it is a playground for novice climbers.

If you want to go this high for the first time, Grand Paradiso may suit you ! You should plan to go with a mountain guide for this adventure, but it is worth it : at the summit you will discover the massif from its highest point of view, the ideal one.

Our guided hike at Grand Paradiso allows you to choose if you want to climb the peak on the last day of trip if conditions are gathered (group’s level, weather). Young climber from 12 years old may also take part in the adventure with our hike formula ! 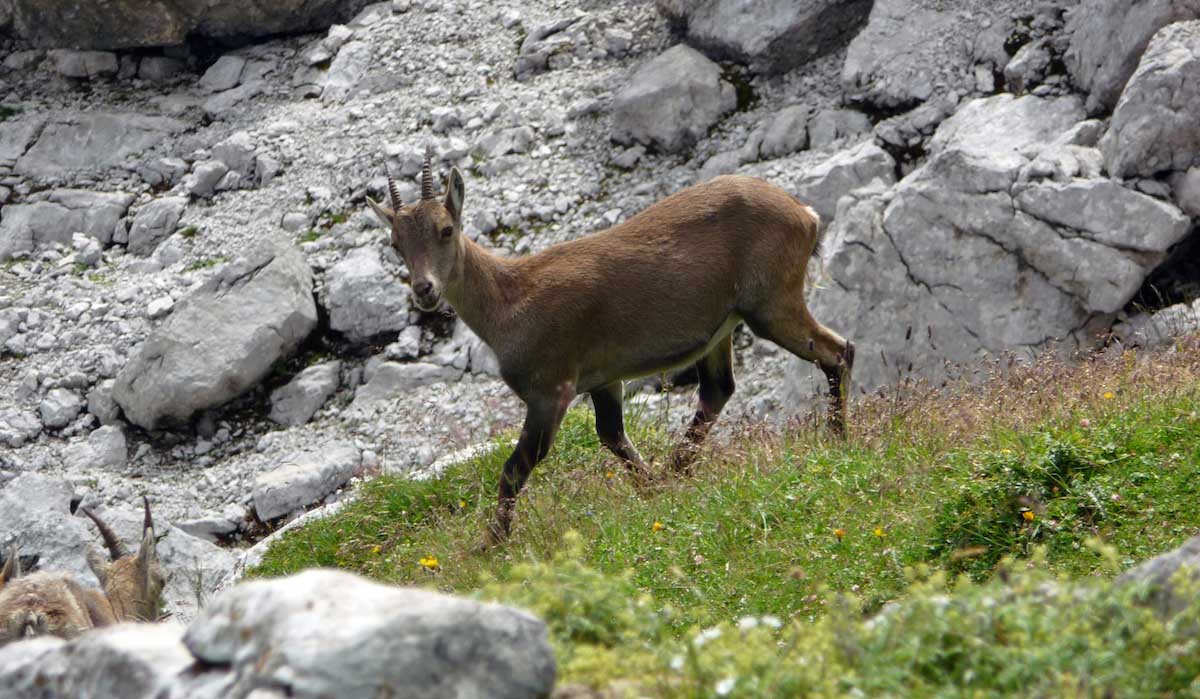 Hiking in Grand Paradiso happiness for children and their family !

As seen, Grand Paradiso is trully the “paradise” for alpine wildlife. A huge region of discovery is available for children, who have, each day, something new to learn : how to recognize mountain animals, know where and how they leave…

The Trails are mostly old mule paths, which make them more accessible and easy. Daily walk time may be adapted to last only 4 or 5 hours (with breaks) with smoothen vertical drops and more playful stops in refuges or villages

This close to nature hike is accessible to children from 7 years old.

A hike in Grand Paradiso in short

Grand Paradiso offers wonders for young and old. We warn you, you may want to stay in the Alps !

Whether it is to discover the mountains, its wildlife (alpine ibex, chamois, marmot…) for the younger, or to go on a climbing adventure for the courageous ones who try to ascend the Grand Paradiso peak, the hike is punctuated by gorgeous views of perfectly preserved nature.

A hike In Grand Paradiso is a great adventure in family or with friends, on the historical trails of the oldest italian national park.

As we are a french company, we offer you this little translation tips for alpine wildlife :

- ibex is called “bouquetin” in french

- chamois and lynx are the same word

- marmot is kind of the same and is written “marmotte”

- stoat is “hermine” (in french “i” is pronounced with the sound of an english “e”, and here the last “e” is silent)

- deer can be translated by “cerf” (want some more level ? the female is called “biche” (yes, it resembles “beach”), and baby is “faon” (don’t pronounce the “o”, and you need to obtain the traditional french sound “an”))

Keep training on the mammals, we have some birds translations too !

And our two stars :

- Black Grouse is a “tétras lyre”

We hope you enjoyed this little translation tips !